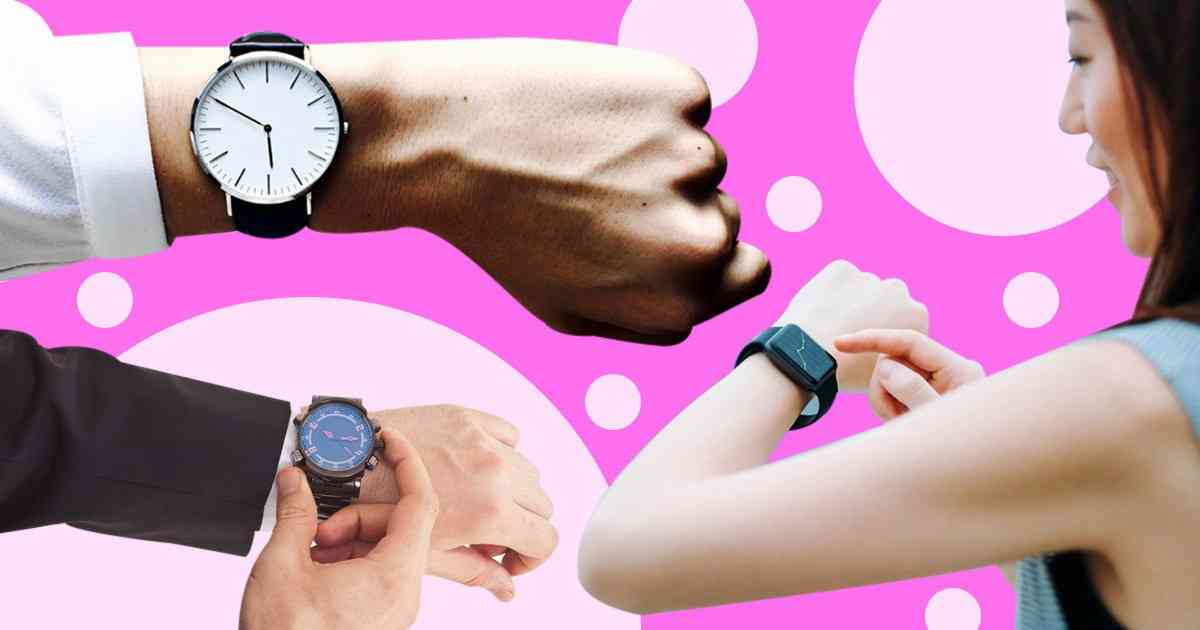 There are many brands that claim, they are best luxury watch brands, however, we’re listing the top luxury best watch brands, that have sophisticated, reputable, and classified positions in the market, and also share some stunning pictures. In this list of luxurious watch brands, we provide many watchmakers that manufacture luxury watches include Ulysse Nardin, Jaeger LeCoultre, Rolex, Jaquet Droz, and more, but there are three best watch brands which comprised of Audemars Piguet, Patek Philippe, and Vacheron Constantin. However, we’re not saying that these three watch brands have superiority on other brands. Although all the watchmakers have their own worth, it not in any particular order, and in this comprehensive list we provide best watch brands.

The Vacheron Constantin oldest Swiss luxury watchmaker company continuously providing unique, creative and quality of masterpieces that bring hundreds of years watch manufacturing history with it and gain consumer trust. This company was founded in 1755, over the years, remarkable Vacheron Constantin patrons and watch owners include Donald Trump, Queen Elizabeth, William James, and many more. Vacheron Constantin develops many watches, but in 2015, they introduce the pocket watch (Vacheron Constantin reference #57260) has the most complicated mechanical watch ever manufactured, with 57 horological complications which has an estimated value at $8,000,000.

Although, as we listed above the Vacheron Constantin, had built their company define rules and regulations around the principle of achieving technical and aesthetic excellence as demonstrably characterized by their horological achievements, and innovations throughout years. Vacheron Constantin, has most notable collections include the Traditionelle, Patrimony, Fiftysix, Égérie, Historiques, Métiers d’Art, Heures Creatives, Harmony, Malte, Quai de I’lle and Overseas. 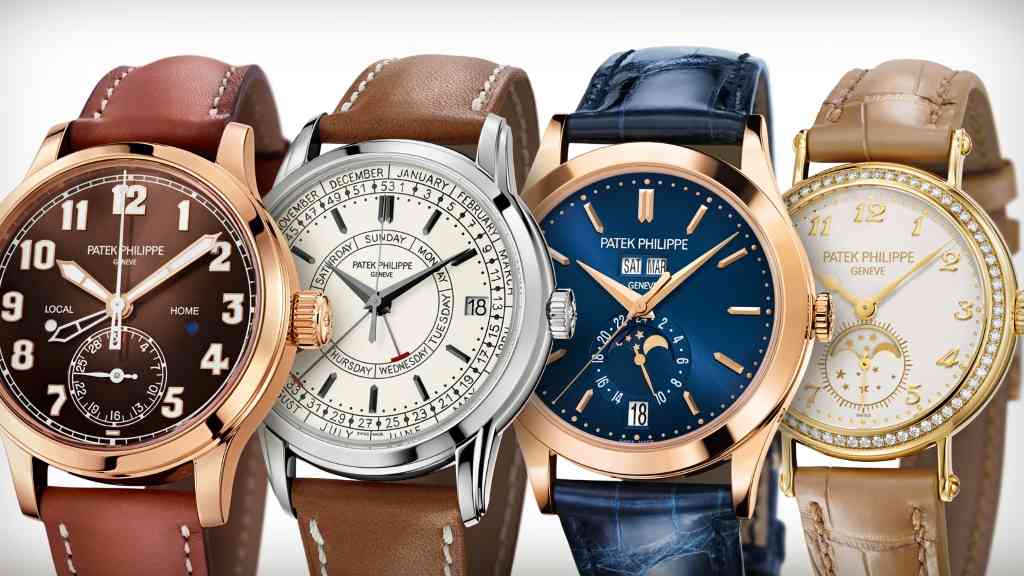 The company was founded by Edward Auguste Piguet and Jules Louis Audemars in 1875, Audemars Piguet has been produced some of the most prestigious timepieces since founded. Since founding the company has been owned by the family, the best collection of wristwatches for which they are most famous is the Royal Oak series and this series was the major game-changer for Audemars Piguet. The first achievement of Audemars Piguet was creating the minute repeating movement for wristwatches and later on, they accomplished the goal of world-first thinnest watches. Audemars Piguet was the first company that uses a non-precious metal, stainless steel in sports watch was sold on luxury prices, and manufactures an underwater version of iconic watches and became most popular manufacturer of diving watches.

Although the company continuously accomplished the achievements, the Royal Oak watch opened the doors for many other luxury watch brands to use their watchmaking expertise as a pricing factor rather than just precious metal used. Audemars Piguet has been known to be quite-grade on the design end of the business and they manufacture some stunning pieces such as their Diamond Punk and Diamond Fury watches for ladies and also known as for their limited editions and high complication watches. The consumer of Audemars Piguet includes Muhammad Bin Salman, Prince Michael of Kent, Felipe VI of Spain, Tom Cruise, Kim Kardashian, and many more. Audemars Piguet has stunning collection include Royal Oak, Royal Oak Offshore, Royal Oak Concept, Millenary, Jules Audemars Haute Joaillerie, and Classique.

The Ulysse Nardin is a luxury watch manufacturing company established in 1846, they create some stunning designs that became known in the nautical world for highly accurate marine chronometers and complicated timepieces. In the beginning, it is not more than a watch stand but momentarily became one of the powerhouses in the watchmaking industry. They manufacture all their products from classic minimalist designed series such as the San Marco Classico to the ostentatious and complicated hour striker, and they also have elegance designed watches. Ulysse Nardin sells its products through a network of boutiques and distributors around the world and the products include dual time watches, marine, chronometers, and other timepieces. Ulysse Nardin is quite popular for some honorable products like Maxi Marine Chronometer and their Marine Chronograph, with their marine watches as well.

Ulysse Nardin manufactures different kinds of stunning watches but the Freak series has with its carrousel tourbillon complication and seven day’s power reserve is impressive. The Ulysse Nardin launched the Freak Diamond heart that manufactures synthetic diamonds, and later on, they introduce new material by the combination of silicium and synthetic diamonds. The consumer of Ulysse Nardin products includes Randy Johnson, Michael Jordan, Tony Parker, Larry King, John Wayne, and many more. The Ulysse Nardin has the most notable collection include Marine, Diver, Freak, Executive, and Classico collections.

The Blancpain is a luxury watchmaker founded by Jehan-Jacques Blancpain in 1735, the company is older than Vacheron Constantin and many other companies. Blancpain has to manufacture luxury mechanical watches and contributes new techniques to the watchmaking industry and developed some of the most complicated watches. The Blancpain manufactures the diving watches, their first world diver’s watch is Iconic Fifty Fathoms. The company has many slogans but one of the most popular slogan is “Blancpain has never made a quartz watch and never will”, they will be never or nor produce quartz watches and also digital watches. The Blancpain manufacture fewer thirty watches per day, while other companies like ROLEX, they manufacture up to two thousand watches per day.

The company had many achievements that credited to the respect this luxury watch brand deserves the innovations it made to the tourbillon complication. In the previous century, the Blancpain manufactures original tourbillon design named “flying tourbillon series” by Abraham-Louis Breguet, which has been quite popular at the time and even now the product has opted luxury market place. Blancpain has distinctiveness collections of luxury watches, includes Le Brassus, Leman, Villeret. Novelties, Specialties, and sports.

Omega is one of the more popular luxury watches brand founded by Louis Brandt in 1848, initially the name of the company was La Generale Watch Co but in 1903, became omega watch & co. over the years, the seamester watches featuring in major movies such as James bond 007 series, every film the followed Daniel Craig and Pierce Brosnan. Since 1932, Omega watches have been official timekeeping devices were used in Olympic games and NASA chose the Omega watches for its space mission such as Apollo 11, and the Moon-watch, the Omega Speedmaster Pro which took his first step with Buzz Aldrin on the lunar surface. There are many other Royal consumers of Omega watches that include George Clooney, Prince William, Mao Zedong, and many more. 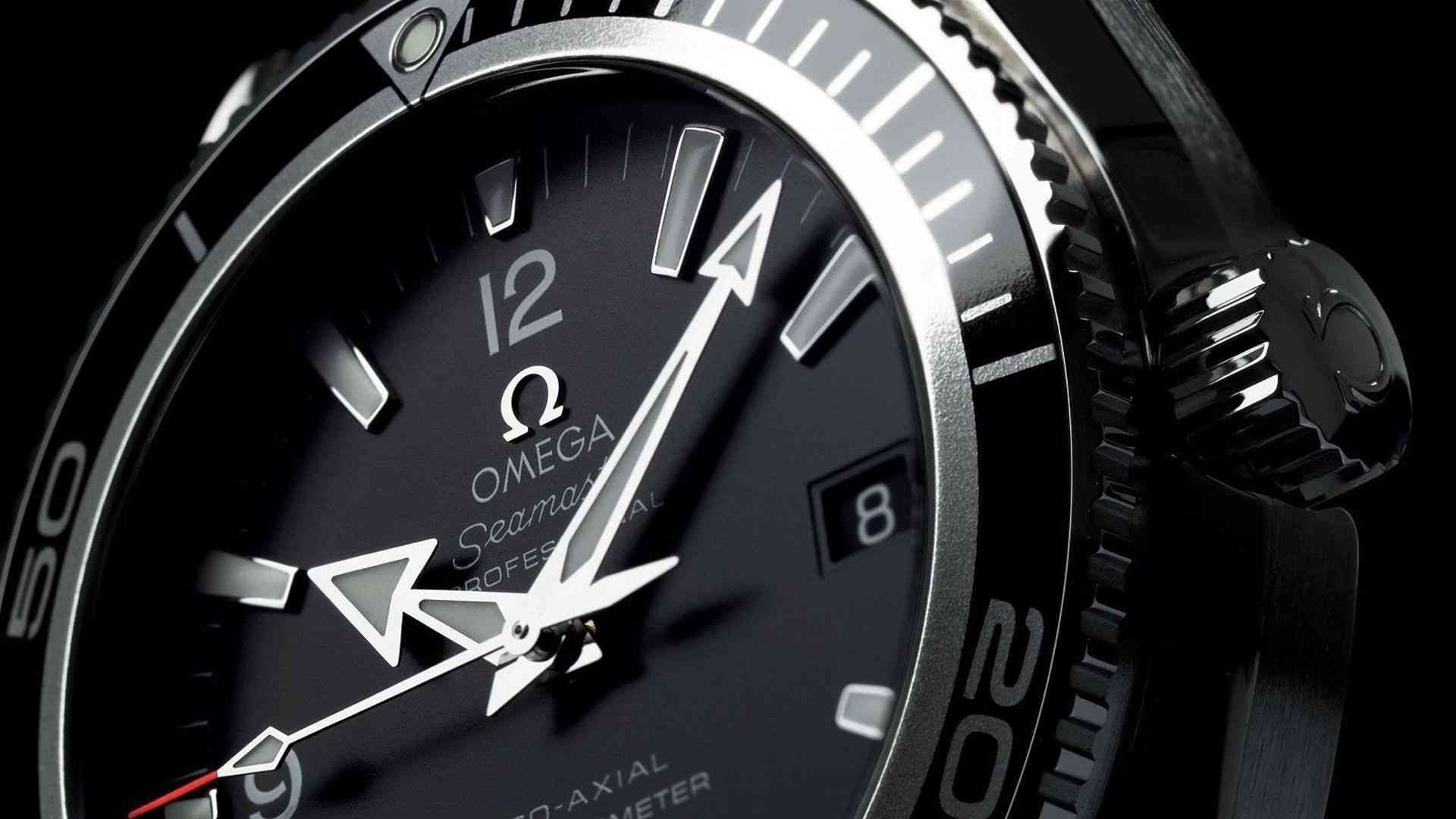 Omega is the second most selling Swiss watch brand in the world, approximately 70% brand recognition around the world. The slogan of the company is “Omega: Exact time for life” and the Omega has made various advances by employing a material that impermeable to electromagnetic interface; the number 1 enemy of the mechanical timepieces when it comes to keeping accurate time. The Omega Speedmaster Professional Moonwatch Limited Edition has only 69 pieces worldwide, and they also have low prices timepieces. Omega has an incredible collection including Constellation, Seamaster, Speedmaster, De Ville and Specialities.

The Jaeger-LeCoultre one of the top prestigious watch brands manufactures Swiss luxury watches founded by Antoine LeCoultre in 1833. The company has created numerous complicated luxury watches including over one thousand movements and also the smallest movement watch, one of the world’s most complicated watches. They develop their own movements in-house as well as many of their components in house, this is one of the reasons the company had many achievements and the also few manufacturers produce as many components on their own as Jaeger-LeCoultre. The consumer of the luxury watch brand includes President Lyndon B. Johnson, President Bill Clinton, General Douglas MacArthur, King Edward VIII, Queen Elizabeth II, and many more. 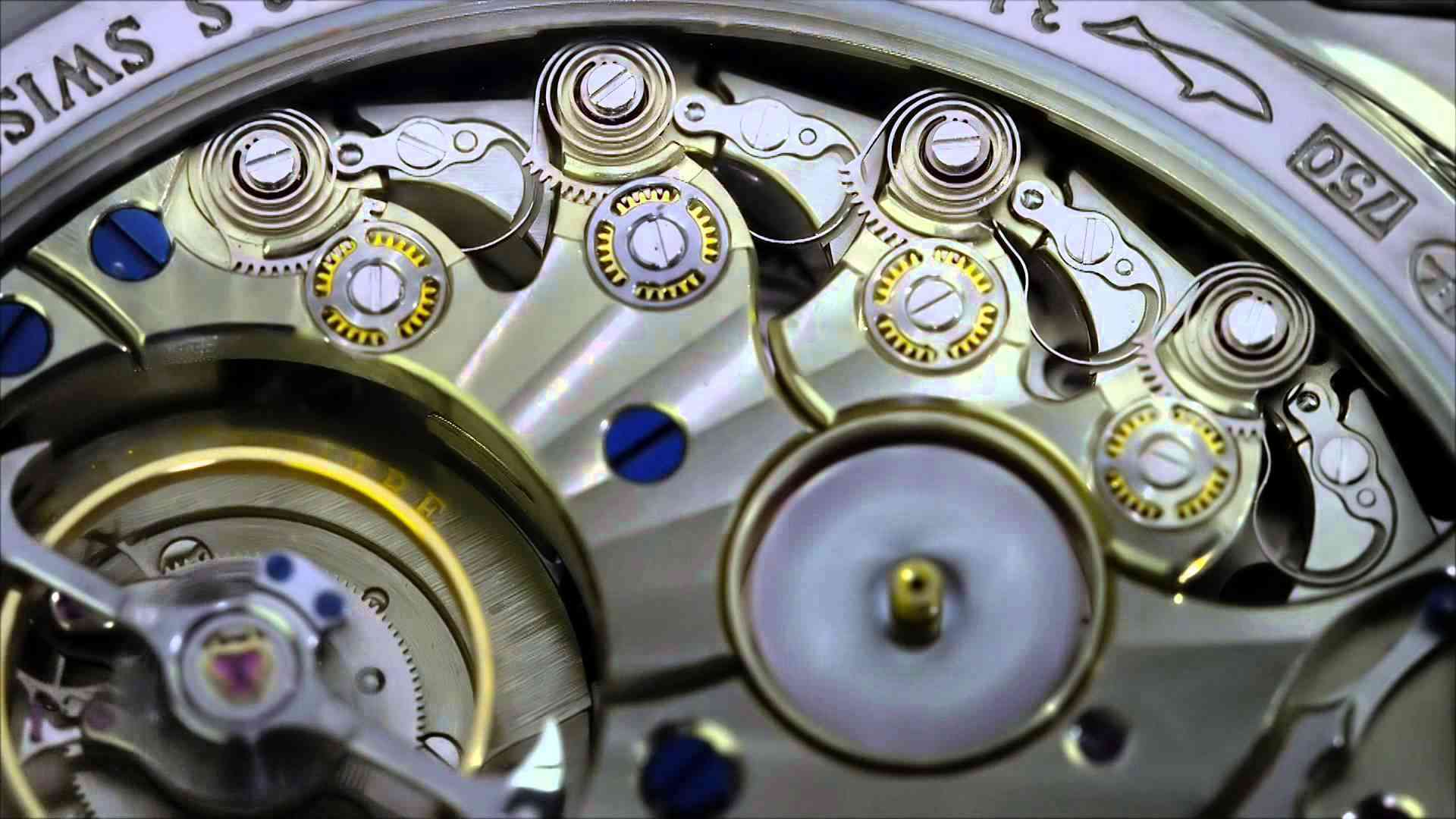 The Jaeger-LeCoultre manufactures many timeless classics such as Reverso which has a unique, elegant design square watch with flip overprotect its face. This stunning collection produces much newer reverse series known as the Grande Reveso Ultra-Thin Duoface which has ultra-thin dual dial and the series has dark dial on the one side of the case while a light-colored dial on the flip side of the case. The Jaeger-LeCoultre has stunning collection of luxury watches includes the Automatic, Manual-Wind, Tourbillon, Chronograph, MoonPhase, Ultra-Thin, Diamonds, Platinum, White Gold, Pink Gold, Stainless steel, Perpetual Calendar and Engraved Watches. The Ultra-thin collection includes several models ultra-thin perpetual calendar has recently used in super hit films titled Dr. Strange and the company also manufacture the high-end pendulum luxury clock called Atmos Clock, it gets its energy from atmospheric pressure and temperature, literally air!

The Rolex has 100 % brand recognition worldwide; it would be a shame if we didn’t mention the Rolex in the top ten best luxury watches brands. The company originally founded as Wilsdorf and Davis by Hans and Alfred in 1905, however, the company becomes Rolex watch co Ltd in 1915. Rolex manufactures the numerous quality of luxury watches, estimated that the company produces approximately 2,000 watches per day. Rolex is one of the most famous luxury watch brands in the world and the product has high resale value comparing to any other brand available in the market. 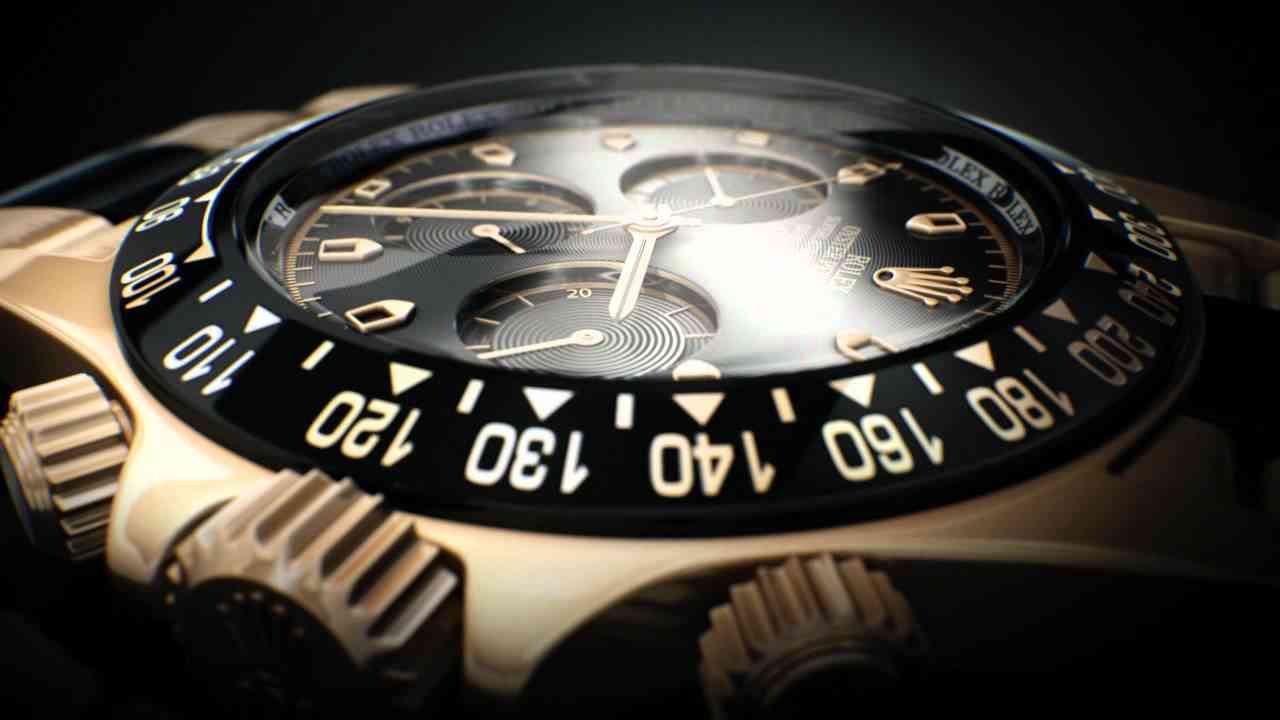 Rolex is an adventurous Luxury watch brand, seen at the highest peak of the mountain and lowest depth of the water, with its accurate timekeeping watches. there is a most amazing collection of Rolex that everyone wants to buy, includes the Air King, DateJust, GMT-Master II, Day-Date, SubMariner, Oyster Perpetual, CosmoGraph, Yacht-Master, Lady-DateJust, Sea-Dweller, Explorer, Sky-Dweller, Milgauss, and Cellini. Rolex watch co also pride themselves on the achievements they made and the accuracy of their timepieces as many of them hold the Magnificent Chronometer designation. They have the accuracy of +2/-2 second per day while other COSC Certified chronometer which is an accuracy of +6/-4.

Breguet one of the oldest luxury watch brand founded by Abraham-Louis Breguet in 1775, numerous watchmaking technologies such as the tourbillion and some other advancement. The company gain their respect both Switzerland and rest of the world by providing some of the most amazing watches. Breguet has been recognized with several modernizations and commended for the horological genius that brought about its fame. Breguet plays huge role to bring new technologies in watchmaking industry, they invented the world first automatic self-winding mechanical watch. The consumer of the Breguet timepiece and patrons Includes King George III, Queen Victoria, Alexandre I of Russia, Winston Churchill, Ettore Bugatti, Sergei Rachmaninoff and many more. 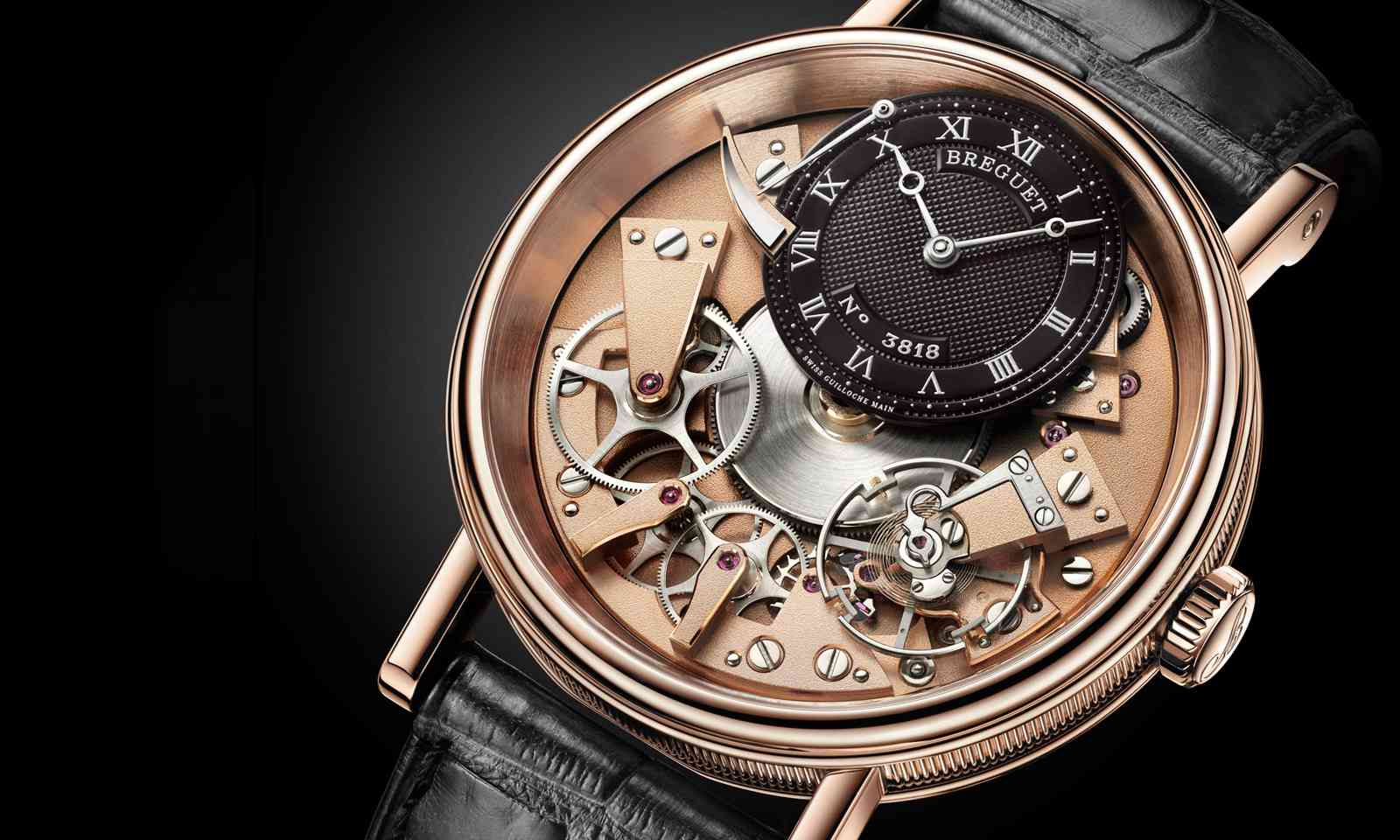 The Breguet has high prestige in the watchmaking industry, as well as in customer for his best luxury watches, and one of the most expansive pocket (Paris No. 2667) watch ever sold at auction fetching $4.69 million USD. The Breguet manufactures elegance designed timepieces that have donned the wrist of the aristocrat and the social elite around the world, and the brand signature easily spotted along the side of the case. Breguet provides the stunning collections for men and women includes the Heritage collection, the Tradition, Breguet Grand Complications,  the famous Reine de Naples, the Breguet Marine, Type XX-XXI-XXII and of course, the Breguet Classique; they can create a sophisticated personality.

IWC International watch co, the brand recognized as IWC Schaffhausen has been specialized as in premium Swiss watches, has established in 1868, by American watchmaker Florentine Ariosto Jones. IWC Schaffhausen manufactures the best luxury high-quality aviation watches and also combines the precision accuracy engineering with elite design, and its watches are recognized by their unique, superior material and classical shape. 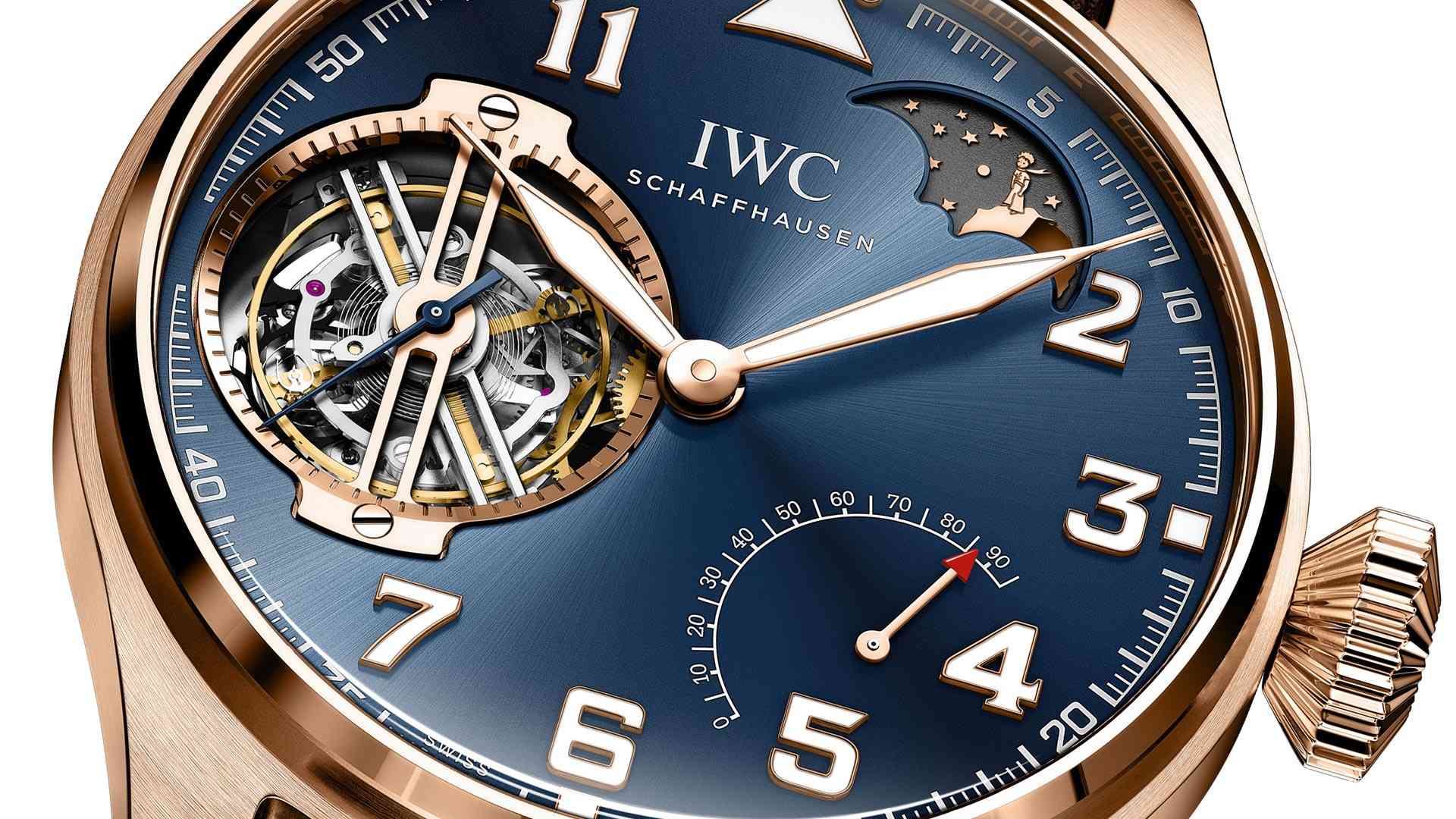 The IWC Schaffhausen manufactures many best watches but the grand complication watch, Siderale Scafusia is a most complicated wristwatch which took ten years to develop, and the watch has a celestial chart with day-night indicator. In fact, the brand has articulated a longing to develop watches with the superior standards while responding to the conservational challenges of today as well as associate landmark projects worldwide and they are quite successful in achieving their goals. The company has a very stunning collection of their watches includes the Portugieser, Pilot’s, Portofind, Da Vinci, Ingenieur, Aquatimer, and the Jubilee watches collection. 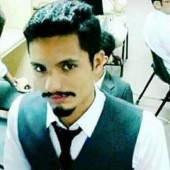 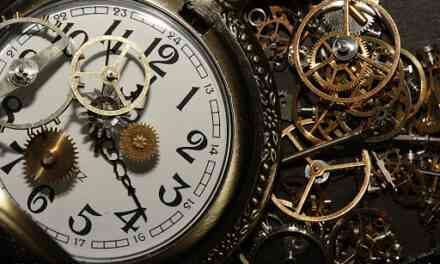 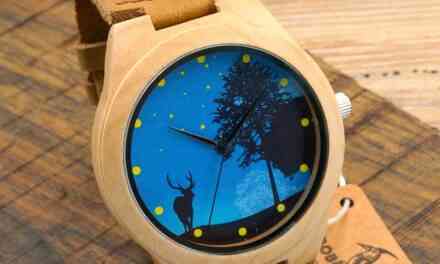 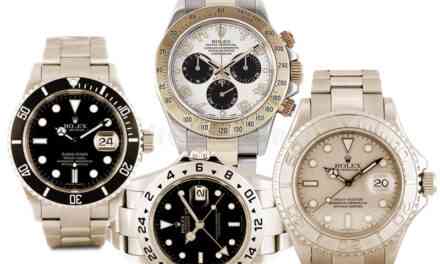 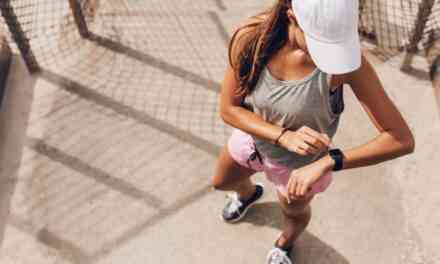 The site is partially supported by affiliate links, which may earn us a small commission if you click on them and Buy a Product the cost will remain the same.