People have always had an interest in observing the passing of time, from the stone-age to the modern era. To accomplished the requirement people were used different methods to measure the time. Ancient Egypt invented sundials for measurement of time sometime before 1500 B.C, however, today clocks measurement is not the same as Egyptians. The basic unit of time was the period of daylight, they broke daylight into twelve equal parts, giving us the forerunner of today’s hours. 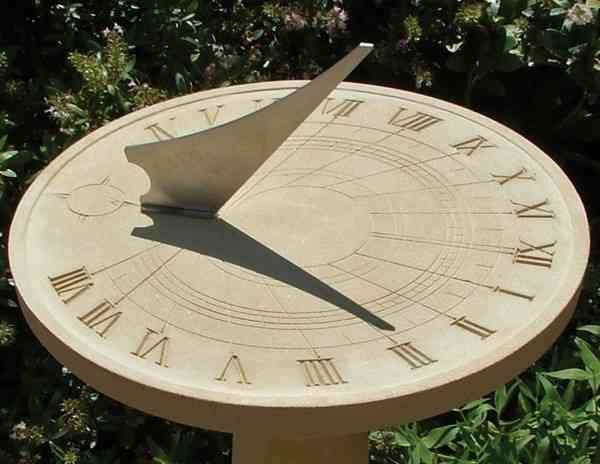 Latter on ancient Athens, Greek invented a timepiece named Clepsydra (also called water clock) by which time is measured, one of the oldest time-measuring instruments. The early evidence water clock existed in Babylon, Egypt, Persia, India, and China around the 16th century B.C, however, Clepsydra appeared in China as early as 4000 B.C. 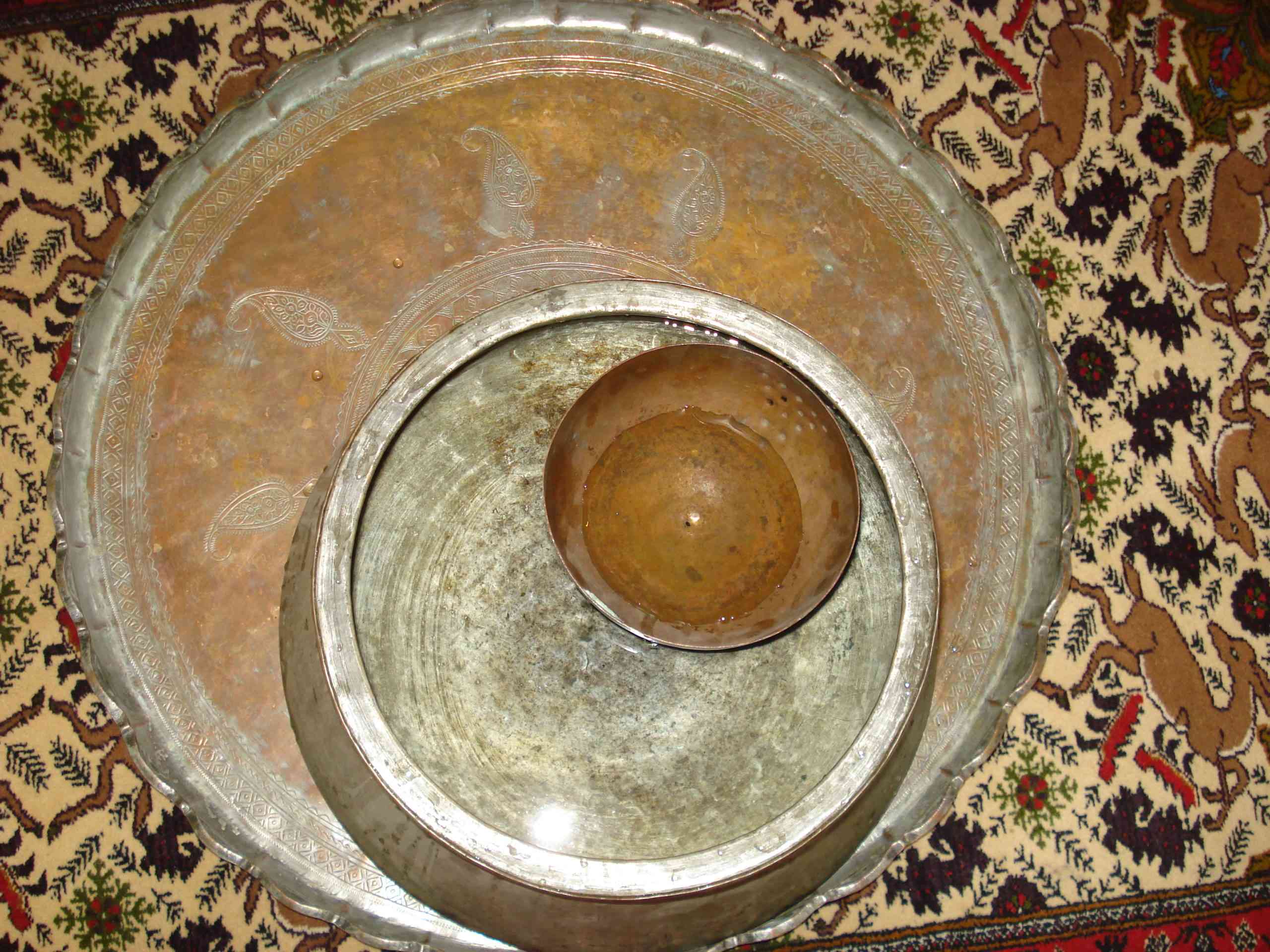 The first mechanical clock was invented in England in 1275, the clocks do not have any face and tell time by striking the hours, found at Salisbury Cathedral, completed in 1386. After the success of Salisbury Cathedrals, in the beginning, the 15th century, the first domestic clocks are miniature forms of the Cathedral clocks powered by hanging masses, regulated by escapements with a Foliot. In the middle 15th century developed the spring-driven clock, now the timepiece placed in the science museum in London. By the passage of time clockmakers not only discovered the transmission of power to mechanism form a coiled spring. They also devised a productive solution to the issues inherent in a coiled spring which steadily loses power as it uncoils. After that, the clockmakers from the 16th century to the mid-20th century developed mechanical devices, powered by winding a mainspring which turned gears and then moved the hand and kept time with a rotating balance wheel. In the 1960s the development of Quartz watch which ran on electricity and kept time with vibrating quartz crystal, verified a radical departure for the organization, although mechanical watches still sell at the high, the vast majority of watches now have quartz movements. 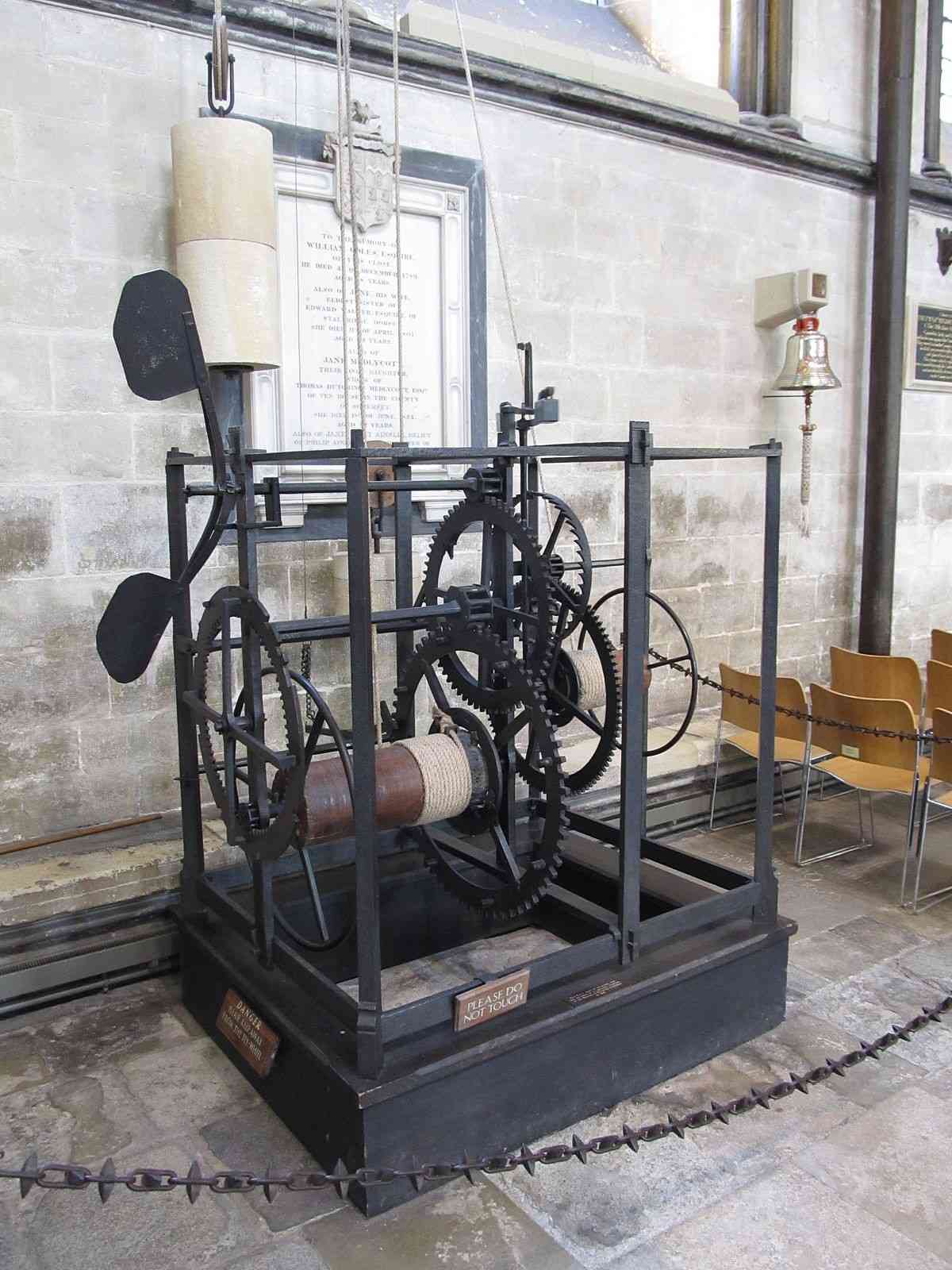 In the German cities of Nuremberg, the first timepiece to be worn and made in the 16th century. Peter Henlein is a clockmaker who invented the clock-watch in 1505, and an ornamental timepiece is worn as pendants, he was one of the first German. However, clockmakers have adopted a creative approach and working hard, creating miniature watches during this period. 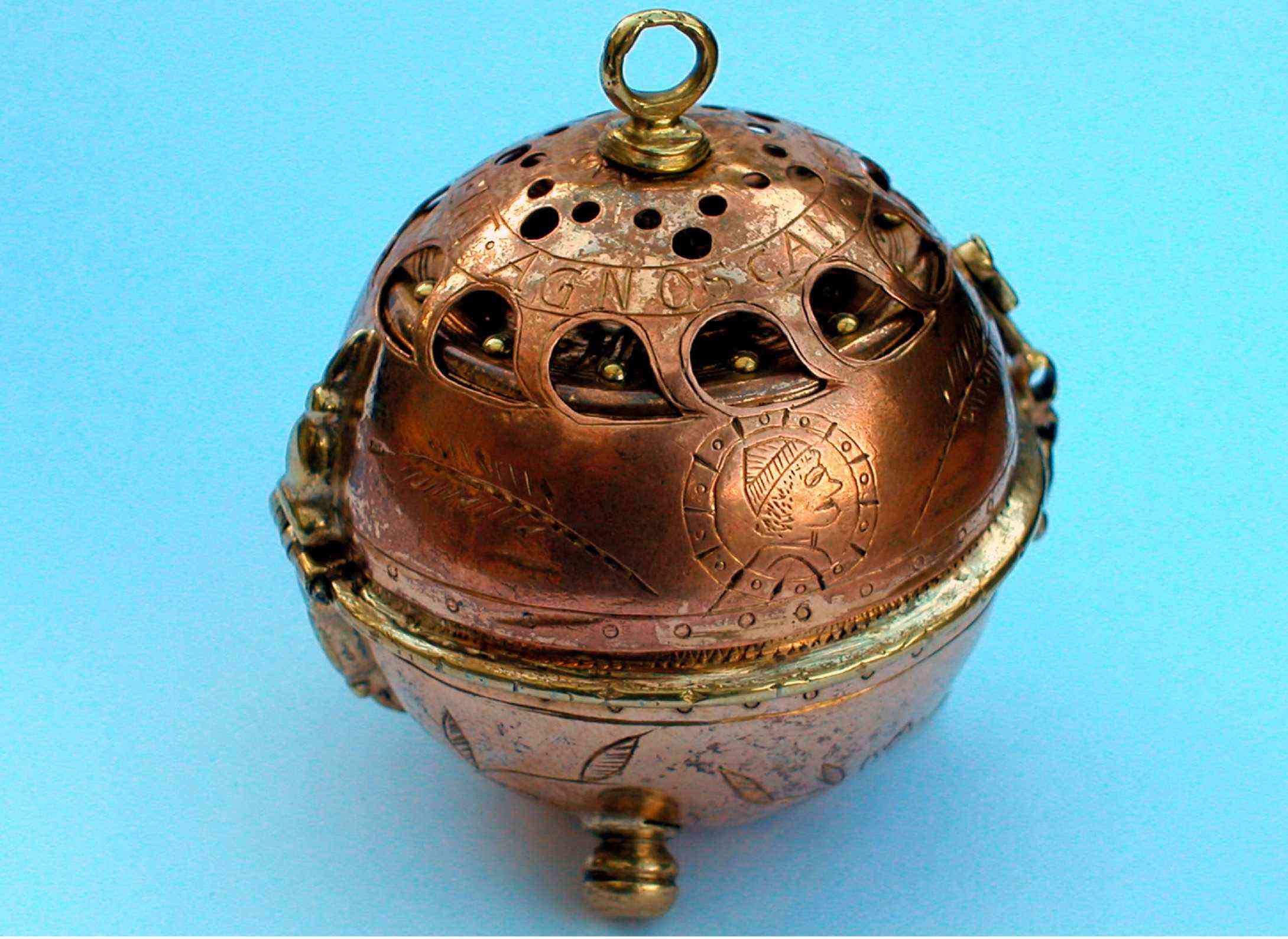 Philip Melachthon, invented the pomander watch in 1530, these clock-watches were worn on a chain around the neck, heavy drum designed cylindrical bars boxes some inches in diameter, carved and decorated. The pomander watch had an only an hour hand, and there is no glass on the face of the watch, however, it usually had a hinged brass cover. The decoration of the watch is pierced with grillwork; time could be read without opening. The movement of clock-watch was made of iron and held with the tapered pin, and after 1550, screws were beginning in use. Many of the movements included alarm mechanisms, they had to be wound twice a day. The design later advanced into a curved form so these were later called Nuremberg eggs, later in the era, there was a trend for strangely designed timepieces, and clock-watchers shaped like books, fruit, stars, flowers, insects, and skulls were made. 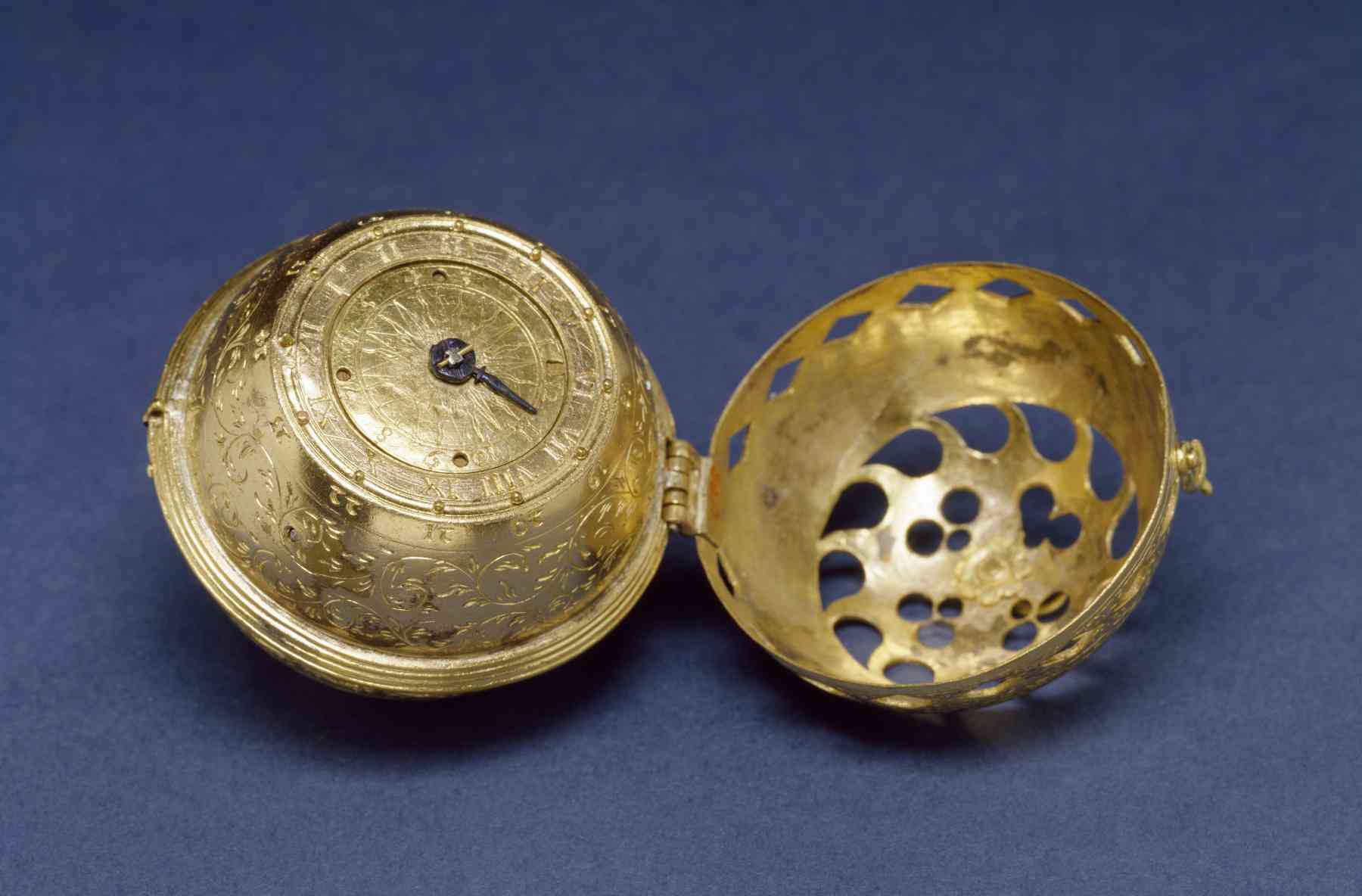 The beginning of the 17th century, bring changed in styles and people wear watches in pocket instead of as pendants. This occurred in 1675 when waistcoats were introduced by Charles II of England. This was not just a matter of fashion; watches were notoriously prone to fouling from exposure to element and only be carried securely in the pocket. To fit in pocket their shape evolved, rounded and flattened with no sharp edges, and glass was used to cover the face of the watch in 1610. The watch named Watch Fobs, latter in the 1800s the Queen introduced ‘Albert Chain’ accessory. The weight of Pocket watches is heavy and used the same timekeeping mechanism that was used in the clock invented in the 13th century. The mainspring introduces a source error in the watch that was not present in weight powered clocks. Old techniques were providing constant powers, but spring provided a variety of power. The rate of all pocket watches mechanism is affected by variations in their drive power, but the primitive Foliot mechanism was specifically sensitive to these variations, so early watches reduced down through their running period as the mainspring get down. 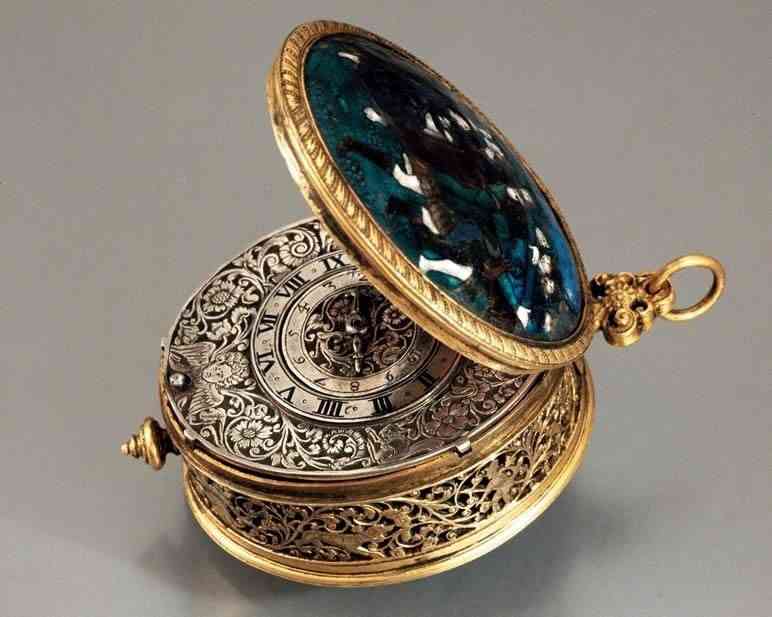 In the early 20th century, men used pocket watches, while women wore wristwatches. The concept of wristwatches began in the early 16th century. The first wristwatch is made by Abraham Louis for the Carline Murat, Queen of Naples in 1810, and some people said that the wristwatch made by Robert Dudley for Queen Elizabeth in 1571. In the mid-19th century, watchmakers produce a variety of wristwatches and marketed as bracelets for women. The first wristwatches were worn by military men until the 19th century, that help in war to regulate the strategic plan at the same time against enemies and it was clear in battel, using pocket watches was quite difficult so that the officers began to worn wristwatches, such as during the Anglo Burma war of 1885. The Garston company presented new design ‘Watch Wristlet’ in 1893, and a huge market coming to begin at the time for men’s wristwatches. The pocket watches fitted to a leather strap, but manufacture began producing purpose build wristwatches. In 1905, Hans Wilsdorf builds his own company with his brother in law Alfred Davis, and gave the company name as Wilsdorf & Davis, latter on the name was changed as Rolex and get the certification as a chronometer in Switzerland in 1910. After the first world war, public perception was shifted on the man’s wristwatches and opened huge public demand for wristwatches. The British war department issuing the wristwatches to the military, Air force, Army and Navy as well in 1917. However, wristwatches were gaining popularity in the post-war era. 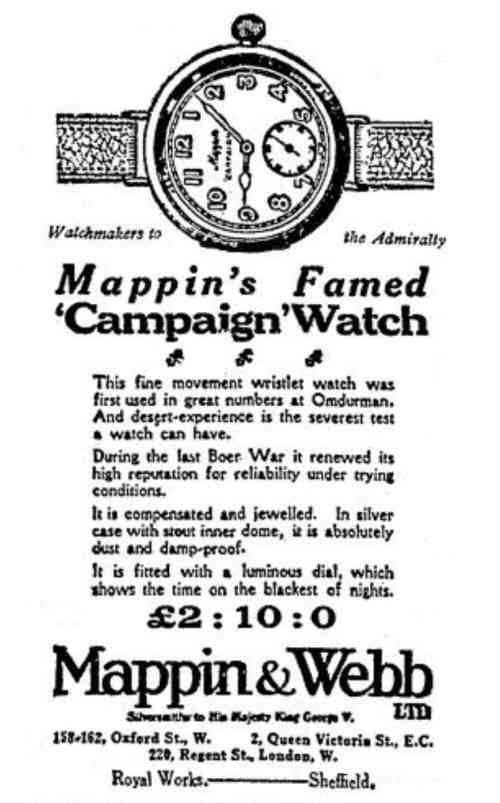 In 1950s, electric-powered watches developed for the first time and kept time with a balance wheel powered by a solenoid driven by a transistor oscillator circuit. 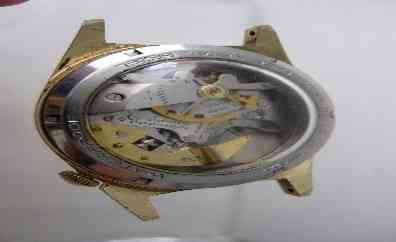 In 1959, Quartz watches starts developing the wristwatch by placing order Seiko to Epson and the project name as 59A. Seiko had to work with portable quartz watches that measure the time though out in the Tokyo summer Olympics event in 1964. The first wristwatch developed by quartz is Seiko 35 SQ Astron, which was the best world accurate wristwatch. As technology growing rapidly around the world but no one could patent the whole movement of quartz wristwatch, and they have 100 years of dominance by mechanical wristwatch legacy. In 1969, the innovatory enhancement in watch technology by the introduction of new quartz watches, they place a balance wheel which regular rhythm at 5 beats per second and crystal resonator which oscillate at 8,192 Hz, it used digital counters. In 1970, the first digital with LED display, more accuracy of watches was introduced, hence the development rapidly increases in watch industries.

The radio-controlled wristwatches introduced in 1990, the quartz oscillator is set to correct the time daily thorough the radio signals broadcast by government-operated time stations such as WWVB, etc. The radio signals were received in watch though radio receiver, this allows long term accuracy of time as atomic clocks. 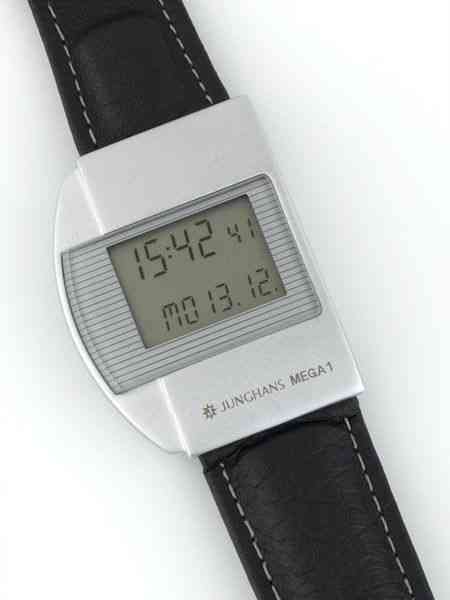 The atomic wristwatch developed in 2013, by Bathys Hawaii, named as Cesium 133 atomic watch. The watch keeps the time with an internal atomic clock, while radio controlled watches have an external atomic clock means that the watch was containing a quartz clock circuit which connected with government atomic clocks. The US Defense Advanced Research Project Agency (DARPA) was developed the Chip Scale Atomic clock in 2005, which embedded in watch keep time to an accuracy of 1 second in 1000 years.  Head of Bathys, John Patterson designed the watch, who decided to design a watch, sponsored by a Kick-starter campaign. The size of the chip is large therefor watch is large and rectangular and it recharged every 30 hours. 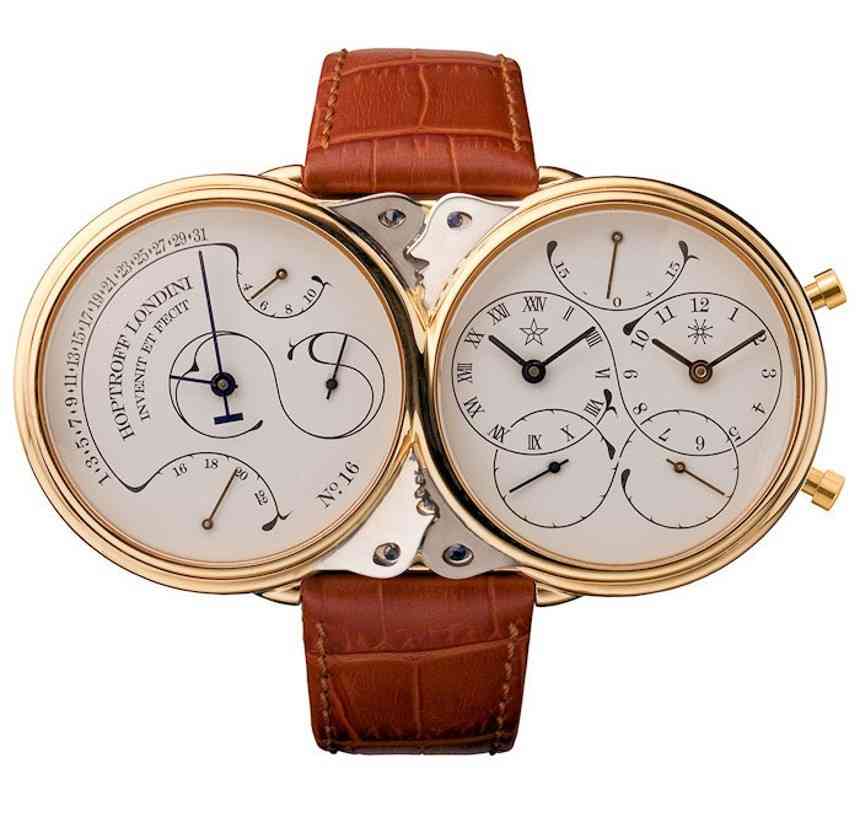 The smart is modern technology a little computer worn on the wrist. The smartwatch computer is a wireless digital device that has the capabilities of cellphones, portable music devices, and many more. The first smartwatch operating system based on Linux developed by Steve Mann in 2000. Samsung launched its smartwatch phone in 1999, was named SPH-WP10, and has built-in speaker and mic, a monochrome LCD screen. IBM developed the prototype of a wristwatch that has a 6-hour battery, latter on the battery timing extended as 12 hours, and has a Linux based operating system. Watch Pad was built with the mutual corporation of IBM and Citizen Watch Co, and that has featured a touch-sensitive display (320*240), Bluetooth, 8mb RAM, 16mb Rom, and calendar. The price of the watch pad is $399 at the time, targeted for students and businessmen. Microsoft developed a smartwatch named Spot, has features that show information like weather, sports score, news, and stocks. SE Live View launched by Sony Ericsson, that have BT display for android smartphone. Pebble is the smartwatch that has features of a 144*168 pixel black and white LED display, vibrating motor, magnetometer, three-axis accelerometer, and sharp backlight. The watch reaching 10.3 million in one month of his release, and have the ability to communicate with IOS and Android using BT 2.1 and BT 4.0. In July 2013, many companies that were making smartwatches include Acer, BlackBerry, Apple, Samsung, LG, Sony, HTC, Lenovo, Nokia, and Google. Apple developed and launched its own series of smart wristwatch that has an operating system of Macintosh. Qualcomm released its smartwatch that has a separate low power core that can run the basic function as well as new advanced functions such as Step track.

The site is partially supported by affiliate links, which may earn us a small commission if you click on them and Buy a Product the cost will remain the same.